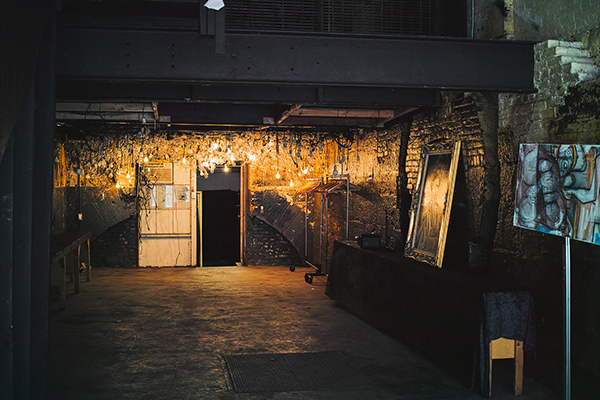 Weddings make you think about doing things you never thought you would do.

Nick and I decided pretty early on that we wanted to find a large industrial space to hold our wedding. It made a lot of sense for us- as people who installed a laser cutter in our apartment and have more chunks of lumber than furniture, I couldn’t exactly see us getting married in a country club or a fancy hotel, or really, anywhere that’s nice and clean and not a complete project. It had to be a factory.

The Northeast, and obviously, NYC, is full of huge industrial complexes. Unfortunately for us, the past 5 years has seen a lot of city couples wanting to get married in similar space, so the options within the city limits are expensive and constantly booked. So we expanded our search. 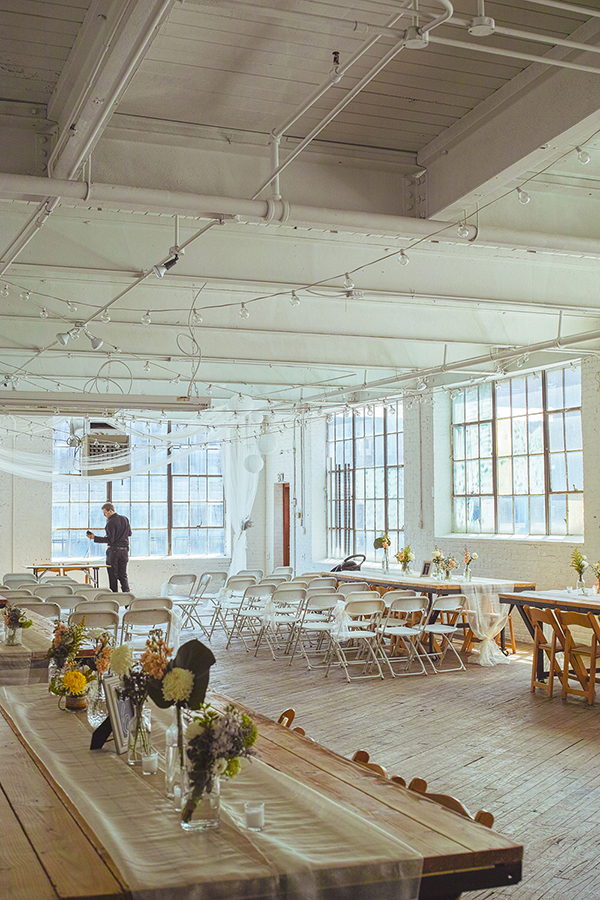 The Dolphin Gallery at Art Factory, set up for an afternoon wedding.

I came across the Art Factory on Google, and despite the fact that it’s located in Paterson, NJ (which Urban Dictionary entries describe as “one of the most ghetto cities in the United States” and a “stinking, crack infested, deteriorating northern Jersey cesspool”), it caught my eye. We made a trip out there in early April to check it out.

Ok, so despite the fact that the city is less than idyllic, the Art Factory is pretty great. While in a previous life, it served as a textile mill, it’s now run by a genial, enthusiastic, mobster-ish dude with slick hair, and is home to a huge number of artist studios and gallery spaces. The most appealing part is the versatility and ability to customize. There are about 16 different spaces available for event rental, ranging in size from about 1,000 sq ft to over 17,000 sq ft. 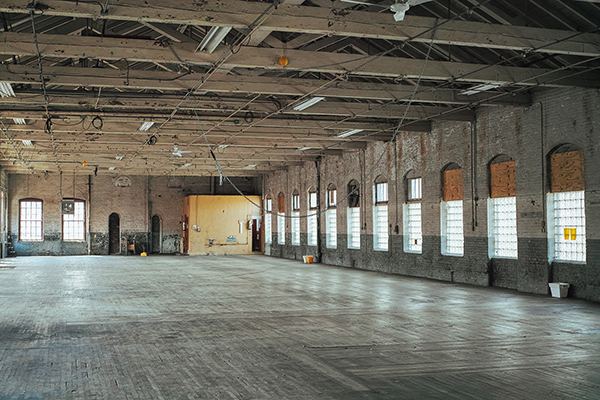 And it’s affordable. For example, one of our favorite spaces at the Art Factory, the Linen Gallery, is $1800 to rent for a saturday. It’s 10,000 sq ft, which could easily hold upwards of 600 people. Easily. Guess how much similar spaces in Brooklyn would cost for a Saturday rental? Oh, only about 8-10 times as much (that’s not an exaggeration). 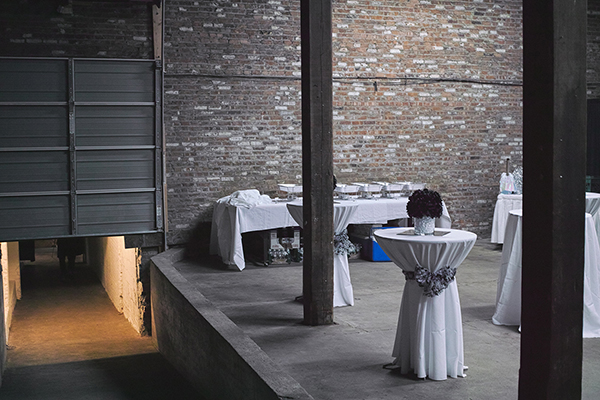 One of the vaults- you could also lock your guests in there with no way to escape and just see what happens.

I also was quite taken with some of the more unique vestigial traits of the converted factory, such as the way the building was just built right into the mountain. That means that there are several ground-floor spaces where one wall of the room is just the mountain face. It’s pretty amazing. The ground floor also features some cool vaults, holdovers from the pre-OSHA days, when the factory would just fill these super-reinforced vaults with extremely flammable fibers and hope for the best. But now they make great event spaces. Maybe just don’t light any candles. 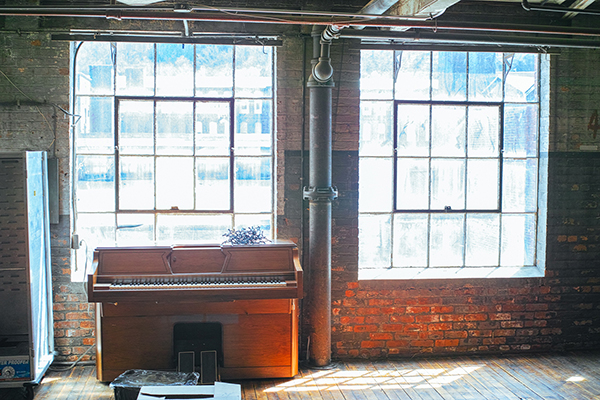 Ultimately, we decided against the Art Factory for our wedding- we found a different space we love, and I was definitely not ready to hear, “By the power vested in me by the State of New Jersey…” But for the sake of this very cool complex and the struggling city around it, I hope that the Art Factory doesn’t remain a secret for long. Nothing excites me more than potential, and the Art Factory has it in spades.