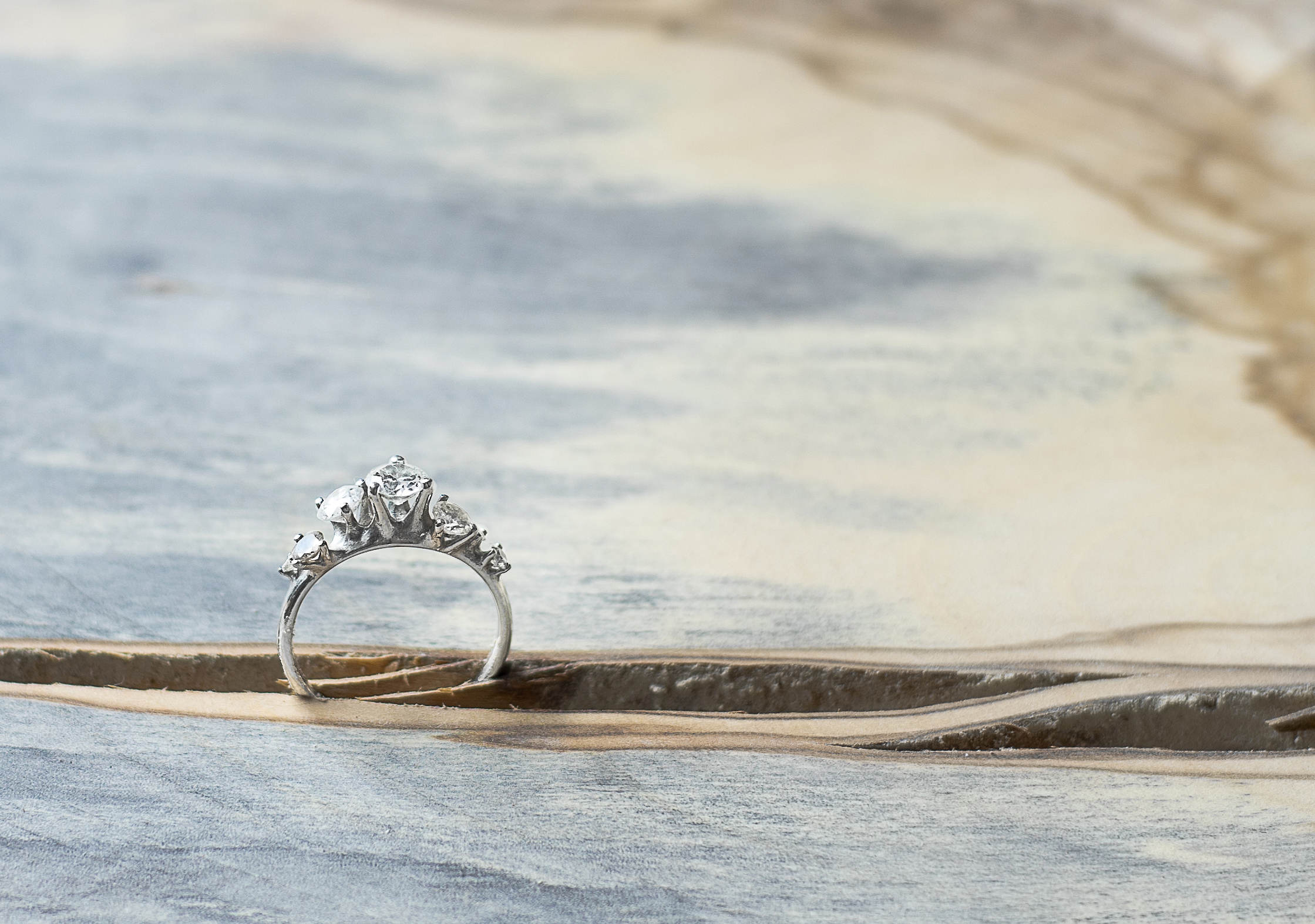 So my fiancé made my ring.

Most people are a bit nonplussed by that statement. Not a lot of people DIY an engagement ring. It does, to most, seem like risky business, and not the kind with underwear and air guitar. But as much as I’ve always wanted to perform a shadow play set to the music of Karl Jenkins or be able to say, “He went to Jared’s,” I’m pretty thrilled that Nick decided to spend months agonizing over the tiny details of ring settings and sweating over 3d models of diamonds while I ate ice cream and cry-asked why we weren’t engaged yet. I’m a real A-hole, i know.

And also a real lucky girl. Due to Nick’s can-do nature and ability to force pretty much any material on earth to bend to his will, I now have a ring that manages to both be an incredibly meaningful symbol of our love and a most industrious f***-you to the jewelry machine. And, you know, it looks good, it sparkles, etc.

Nick and I met in a jewelry class, during – somewhat prophetically- a ring project. The night of our first date, he helped me straighten out the ring that I had hopelessly mangled during sizing. It was exactly like this, except with steel plates and mallets. His prodigious dremel skills sealed the deal- you know what they say about a man who’s good with a dremel**-and more than 5 years later, here we are.

Recently, Nick revealed to me that the main reason he took jewelry in the first place was the gain the skills necessary to someday make an engagement ring. I can’t decide if this is a true story or if it just sounds better than, “I took jewelry to meet girls.” Either way, it worked out for me. On this very blog, Nick will soon share some of the secrets of sorcery and witchcraft he used to make the ring and trick me into signing my life away.

**that he will help you get an A- in jewelry class.