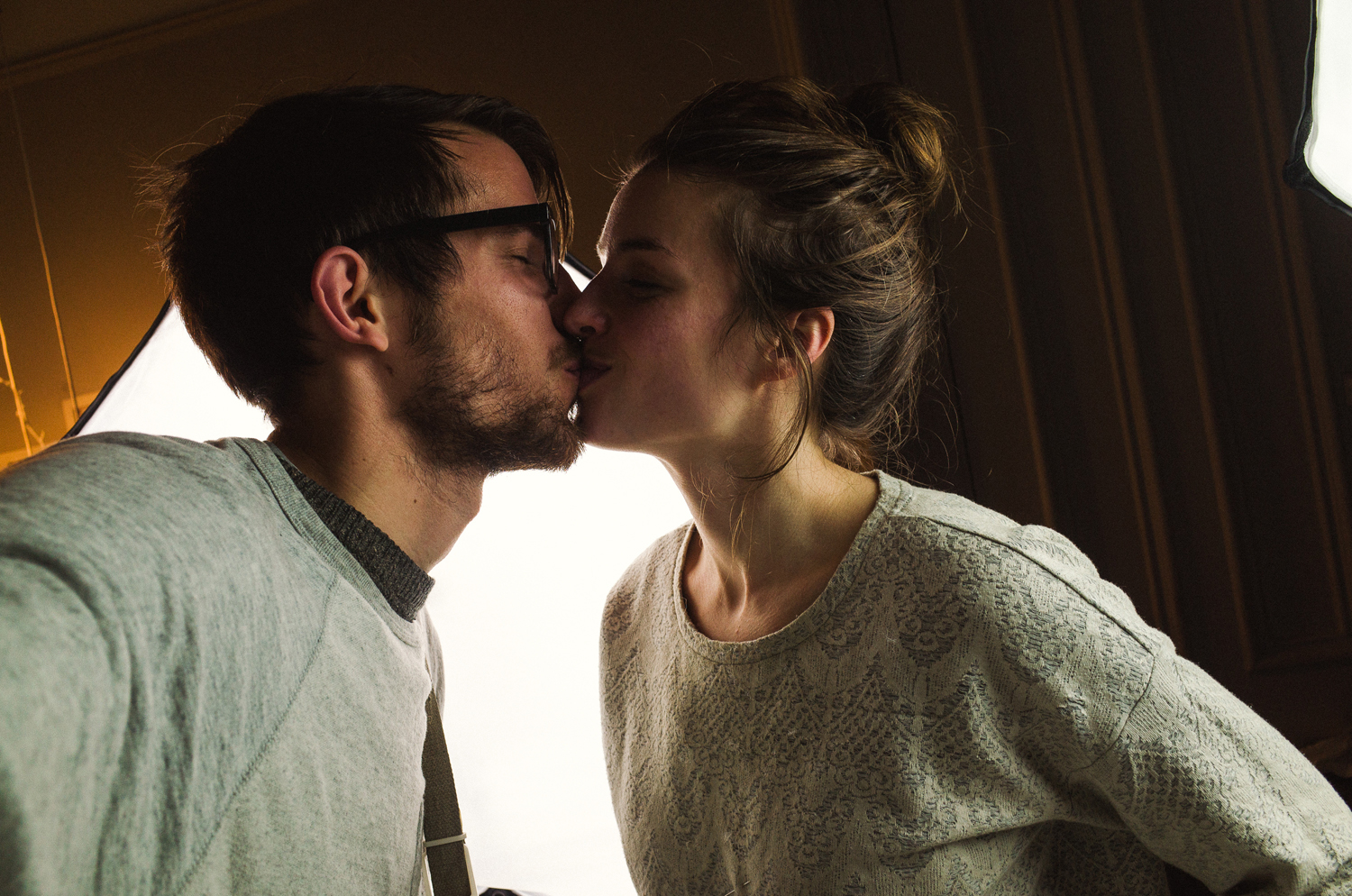 Since January, Mandy Len Catron’s NYTimes Modern Love essay, “To Fall in Love With Anyone, Do This,” has been making the interwebs/news rounds. Based on psychologist Arthur Aron’s 20-year-old experiment in creating intimacy between strangers through an increasingly personal series of 36 questions, Catron’s essay describes her own experiment conducted with an old acquaintance. The idea is that this personal disclosure can make any two people fall in love. It worked for Aron’s subjects, and it works for Catron and her partner. So that’s cool.

That shipped sailed for me six years ago, but I can’t turn down a good quiz. In fact, Nick used to tease me for asking him what he called “Cosmo questions”- “What’s your all-time favorite band? If you could only eat one food for the rest of your life, what would it be?” (I don’t think Nick has ever read Cosmo). Suffice it to say, he was a little uncooperative, and I honestly still don’t know what he would consider to be his favorite band. So it was a little surprising when Nick was the one who suggested we spend part of Valentine’s Day going through the 36 questions.

After spending the better part of the afternoon and early evening preparing a Burmese curry (recipe below) and rosemary cocktails, we sat down with the list. Consisting of three sets of twelve queries, they range from the speculative conversation-starters (“Given the choice of anyone in the world, whom would you want as a dinner guest?”) to the more introspective (If you were to die this evening with no opportunity to communicate with anyone, what would you most regret not having told someone? Why haven’t you told them yet?). The experiment ends with four minutes of silently staring into each other’s eyes.

There’s not a great deal that Nick and I don’t know about each other, but exercises like this do have a way of opening your eyes- rather, reopening them- to your partner. It was worth the time- although some of the questions were obviously better suited to someone you are just meeting. And we were prompted about 600 times to tell the other person something we “already liked” about them. Naturally, the well started to run dry. (jk)

I don’t believe 36 questions will make you fall in love with someone. But the more you share, the more you ask, the more you listen, the more you will find the pieces fall into place. And I think that’s the takeaway here. In love, there’s no sense to keeping your cards close to the vest.

Curry Recipe after the jump: 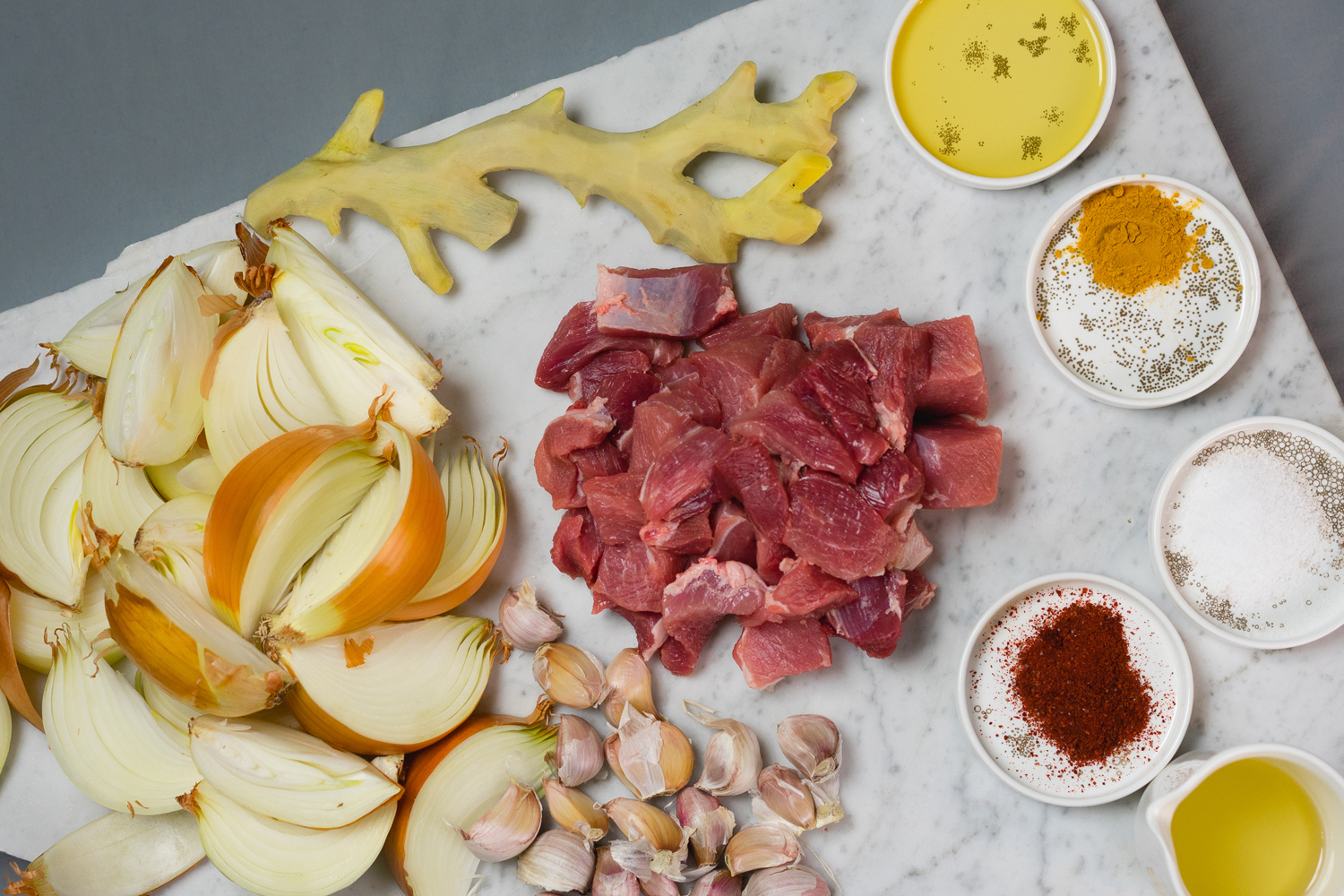 Cut pork into 2.5 cm (1 in) cubes. In food processor or blender finely
chop onions, garlic and ginger. Turn into a strainer set over a bowl
and push with spoon to extract as much liquid as possible. Pour this
liquid into a large saucepan, add the pork, salt, vinegar, chilli
powder and half the peanut oil. Bring to the boil, cover and simmer
over low heat for 11/2 hours or until pork is almost tender.

In another large pan with heavy base heat remaining peanut oil and the
sesame oil. Add the garlic, onion and ginger solids left in the
strainer. Add turmeric, stir and cook over low heat. Cover pan and
simmer the mixture, lifting lid frequently to stir, and scrape base of
pan with a wooden spoon. This initial frying takes at least 15 minutes.
If mixture fries too rapidly and begins to stick before the smell has
mellowed and the onions become transparent, add a small quantity of
water from time to time and stir well. When the water content of the
onions has evaporated and the ingredients turn a rich brown colour with
oil showing round the edge of the mass, the first stage of cooking, and
the most important one, is complete. Because of the large quantity it
takes almost 25 minutes to reach the right stage. Half way through
cooking the onion mixture, spoon off some of the oil that has risen to
the top of the pork mixture and add it to the onions.

When mixture is a reddish-brown add the contents of the first pan and
cook, uncovered, until the oil separates again and the liquid is almost
evaporated. Stir frequently during this stage to ensure it does not
stick and burn at base of pan. Serve with white rice and
accompaniments.

Recipe from Encyclopedia of Asian Food by Charmaine Solomon 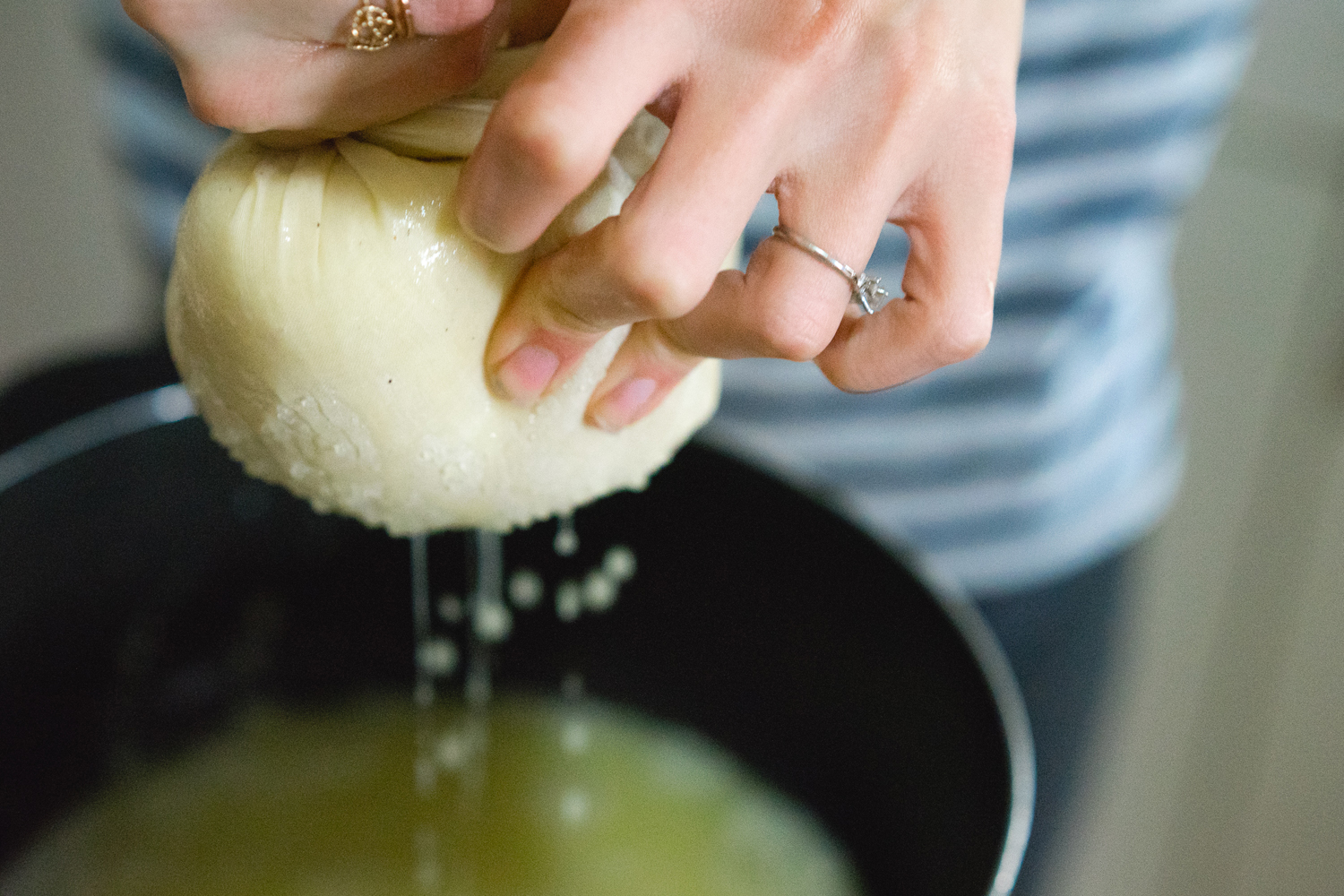 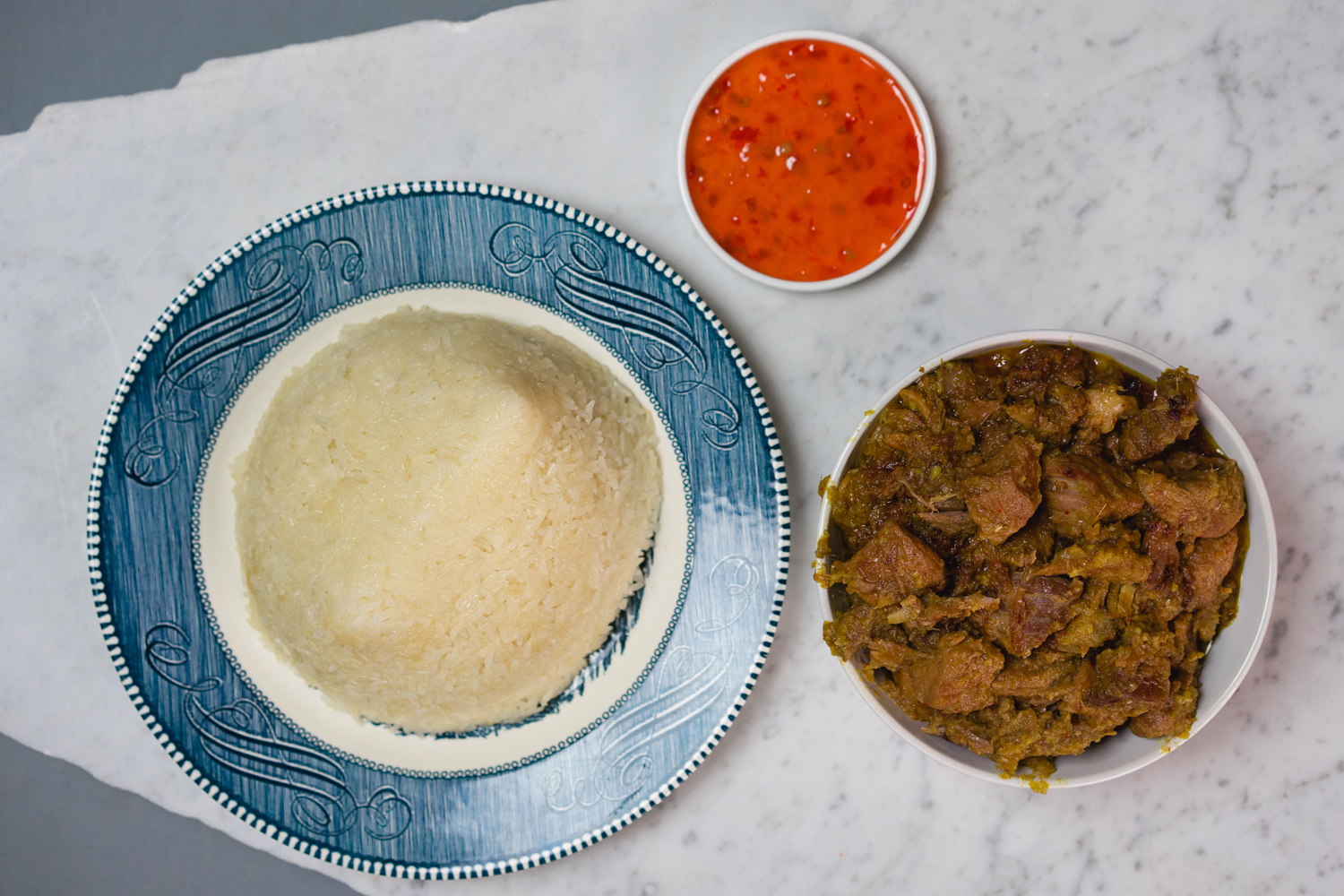