A Real Person Does A Pinterest Craft: Flower-Filled Ice Cubes 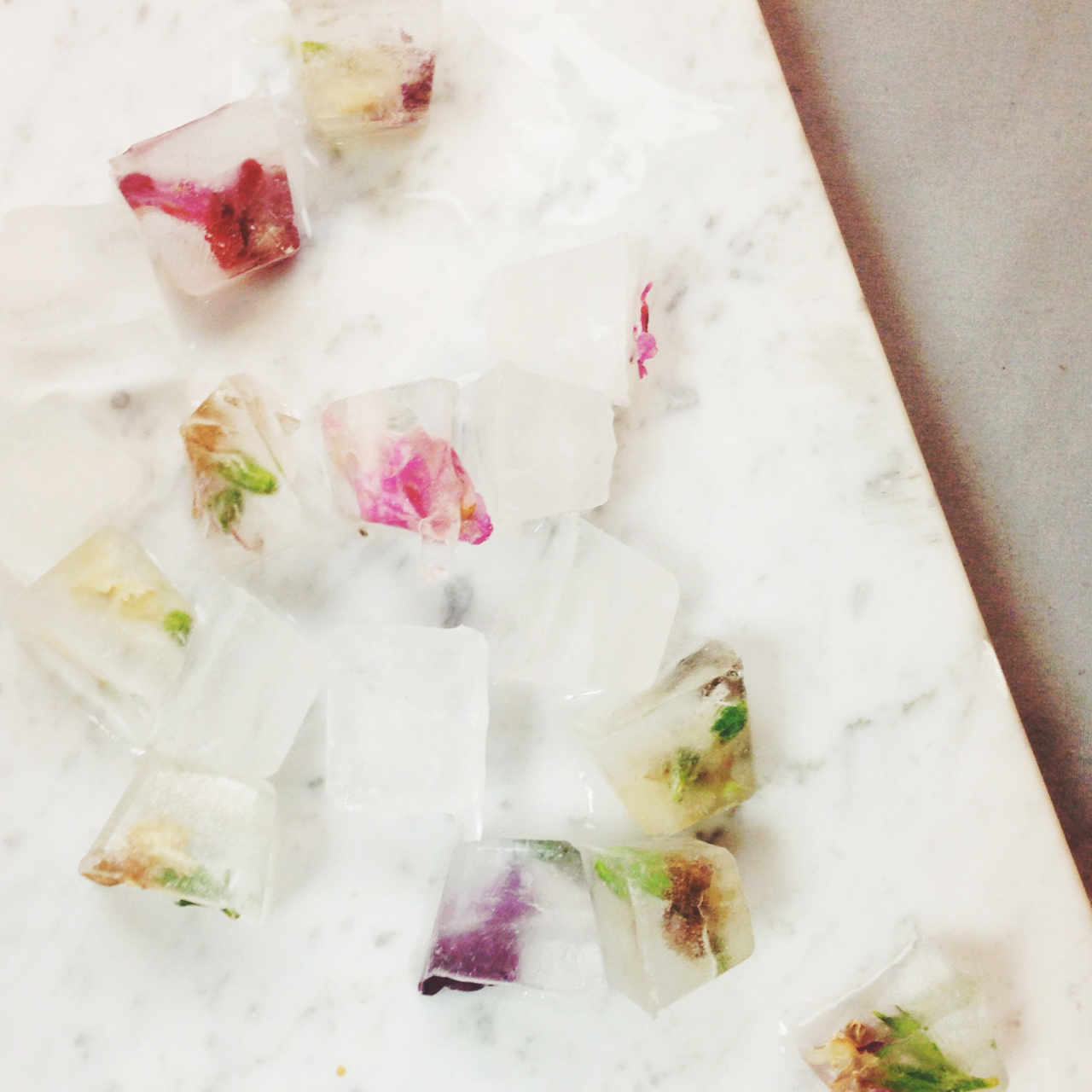 A couple years ago, I tried to get fancy with my ice cubes by filling them with a layer of pureed raspberries. The effect they had on drinks as they melted was truly horrifying, like something left on the operating table after surgery, and it put somewhat of a damper on my enthusiasm for ice-based projects.

But I have always wanted to try the old Pinterest standby of floral ice cubes. So when we found a small package of edible flowers at Fairway, we scooped them up and decided to give it the old college try.

Ice is a lot harder than it seems it should be, as anyone who has seen the ice cube episode of the excellent NatGeo show “Going Deep With David Rees”* might know. To get a beautiful, clear cube, there’s a lot of stuff you have to do (boiling, special freezing, carving, etc), but I didn’t feel like doing that. So I just used regular tapwater, unboiled, unpurified, un-anthing, and went for it. In order to suspend the flowers in the ice, you have to fill the mold in two stages. First, put your flowers in your tray and fill halfway with water. Freeze for a couple hours, then top off with water. It’s just that easy.

I had a variety of flower-sizes, so I used my small blooms in a standard ice cube tray, and then used small IKEA tupperware to make jumbo cubes. The jumbo cubes, in a word, suck. They are so cloudy and awful. I’m not going to take a picture because they just look bad. But here is a picture of them before I froze them, because they looked pretty then- probably just because they were flowers floating in water. 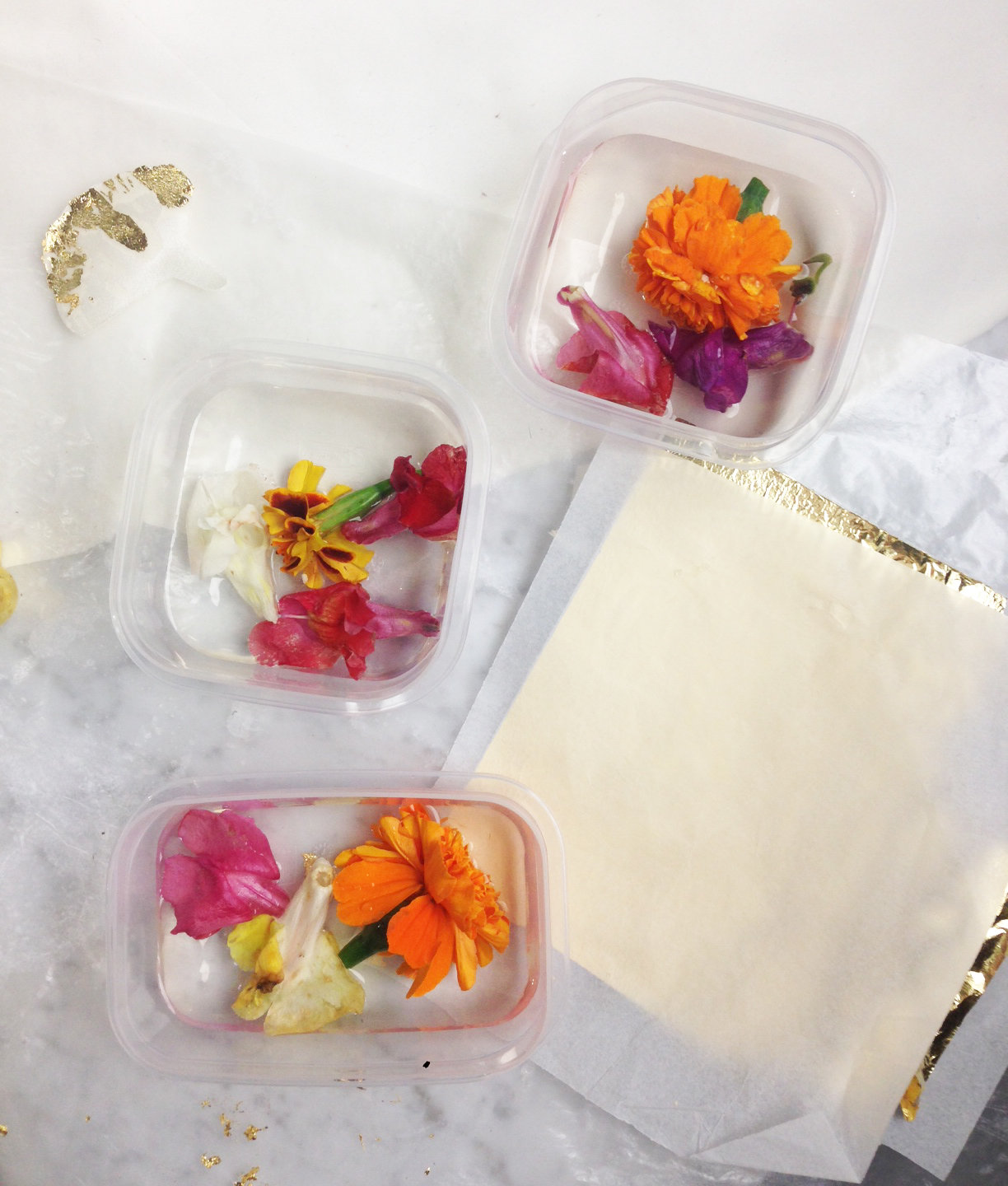 But the little ones turned out ok. They are not impeccably clear and beautiful, like the ones you might see in a Martha Stewart spread, but that’s ok. You get the idea. At least this time, they wouldn’t get mistaken for medical waste.

*David Rees is my #1 TV crush. He lives in Beacon and I need to stop talking about it because I think it makes Nick really uncomfortable when I’m like, “Oh, maybe we should go to Beacon this weekend. Or buy a house there. I don’t know.”