Unrelated: Why actresses SHOULD talk about their clothes

Another rant, but unrelated to weddings.

#AskHerMore has been a thing this year, huh? Apparently, powerful Hollywood women are tired of being asked about their clothes. I was reminded of this when this little image flashed across my Facebook feed a couple times this morning: 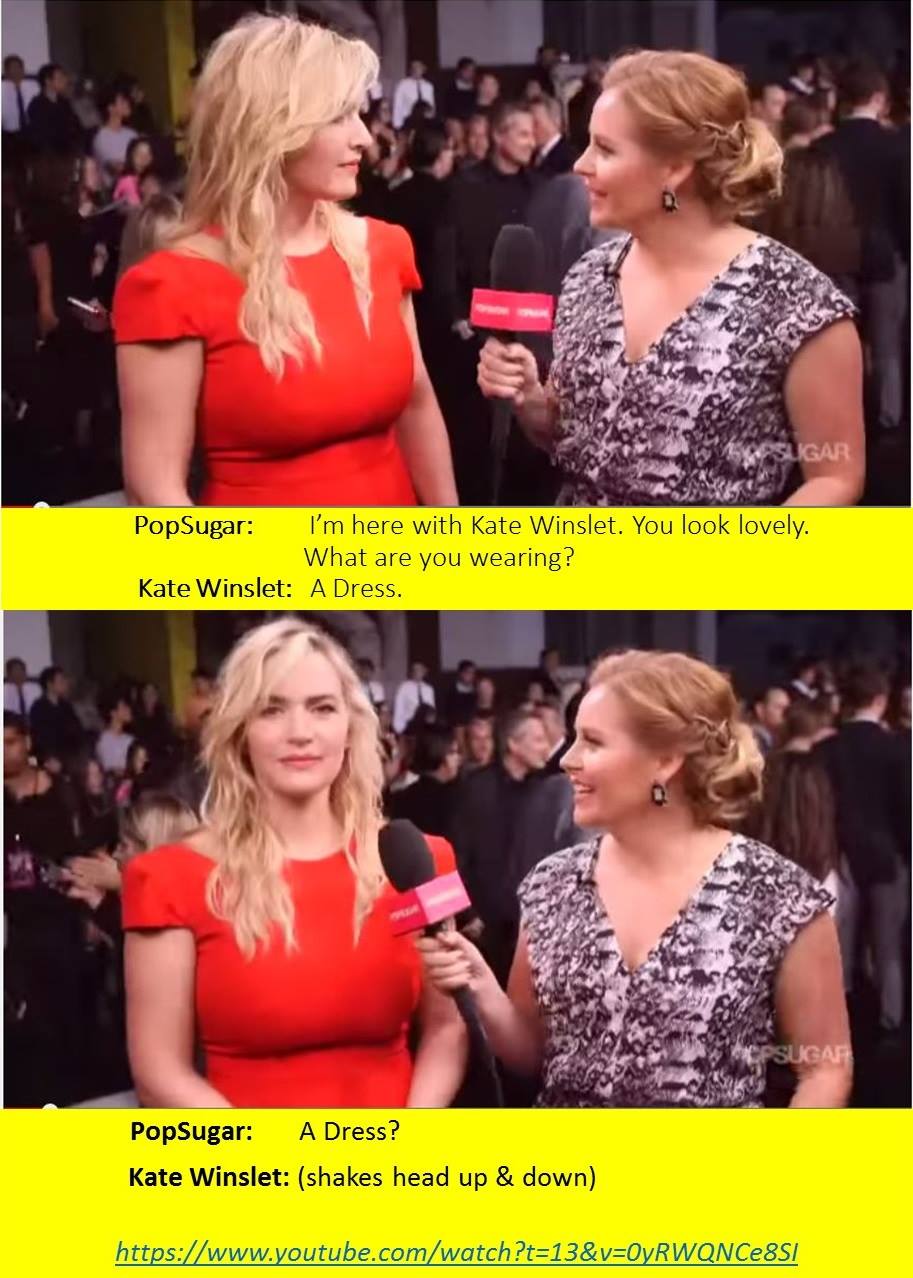 Award season was usually my least favorite time of year at my old jobs. It was, on occasion, a bit exciting- but most of the time, it was a fricking nightmare. It meant begging Italian mills to rush fabrics in custom colors. It meant nights and weekends spent rushing along little-old-lady-seamstresses (who already sew at a pace and quality that us mere mortals can only dream of) to finish, finish, finish, so we can get that dress to FedEx before it closes. It means making and remaking the same gown multiple times because a stylist first demanded blue, then changed to red, then decided, nope, it had to blue. It means crying amongst the fabric rolls because the silk tulle you sent out to be dyed looks like garbage and your boss is going to yell at you.

It takes a lot of people, a lot of money, a lot of time, and a lot of energy to even submit dresses for consideration. Most of the time, the dresses won’t see the light of day. With stylists inundated with options, your chances of seeing your work on the red carpet are slim. And so you move on and hope that someday, a red carpet host on E! will pluck your dress or dresses from obscurity (those hosts always get the hand-me-downs) and it won’t all be for naught.

But if all the stars have aligned and Venus is in the third phase and whatever, a big celebrity will deign to wear a piece you’ve worked on, and then it’s worth it. It’s the type of exposure money can’t buy- it can only be purchased with blood, sweat, and tears. A well-received dress on a powerful Hollywood body can make a career if you’re up-and-coming, and can keep you relevant if you’re a big brand. And if you’re just one of the little people behind a big brand- someone whose name will never be in the caption or on the studio door- it’s still a thrill, and you can smile to yourself at the grocery store when you see your work on the cover of People.

But now, celebrities don’t want to talk about the beautiful clothes they have been given the privilege to wear. Because it demeans THEM.

Being asked, “Who are you wearing?” is not demeaning or dehumanizing. But what IS demeaning is failing to acknowledge the efforts and achievements of talented, hard-working businesses and the teams behind them. It’s insulting, and it’s bratty. If actresses REALLY don’t want to be asked about the clothes, they should stop accepting them for free. It’s that simple.

But there’s a better solution. Maybe I’m naive, but I don’t see why talk of substance and talk of fashion have to be mutually exclusive. There are so many worthy companies doing spectacular work- and not just making beautiful clothes, but doing real, industry-changing, socially-responsible fashion work- that it’s a real shame that fashion in general is being scapegoated as a means of female objectification.  Of course, it can be just that, and it frequently is, but it doesn’t have to be. And guess who has the power to change that?*

So, yes, #AskHerMore, but please don’t stop asking about the clothes. Many, many people- not just the big name on the door of that fancy atelier- are depending on it.