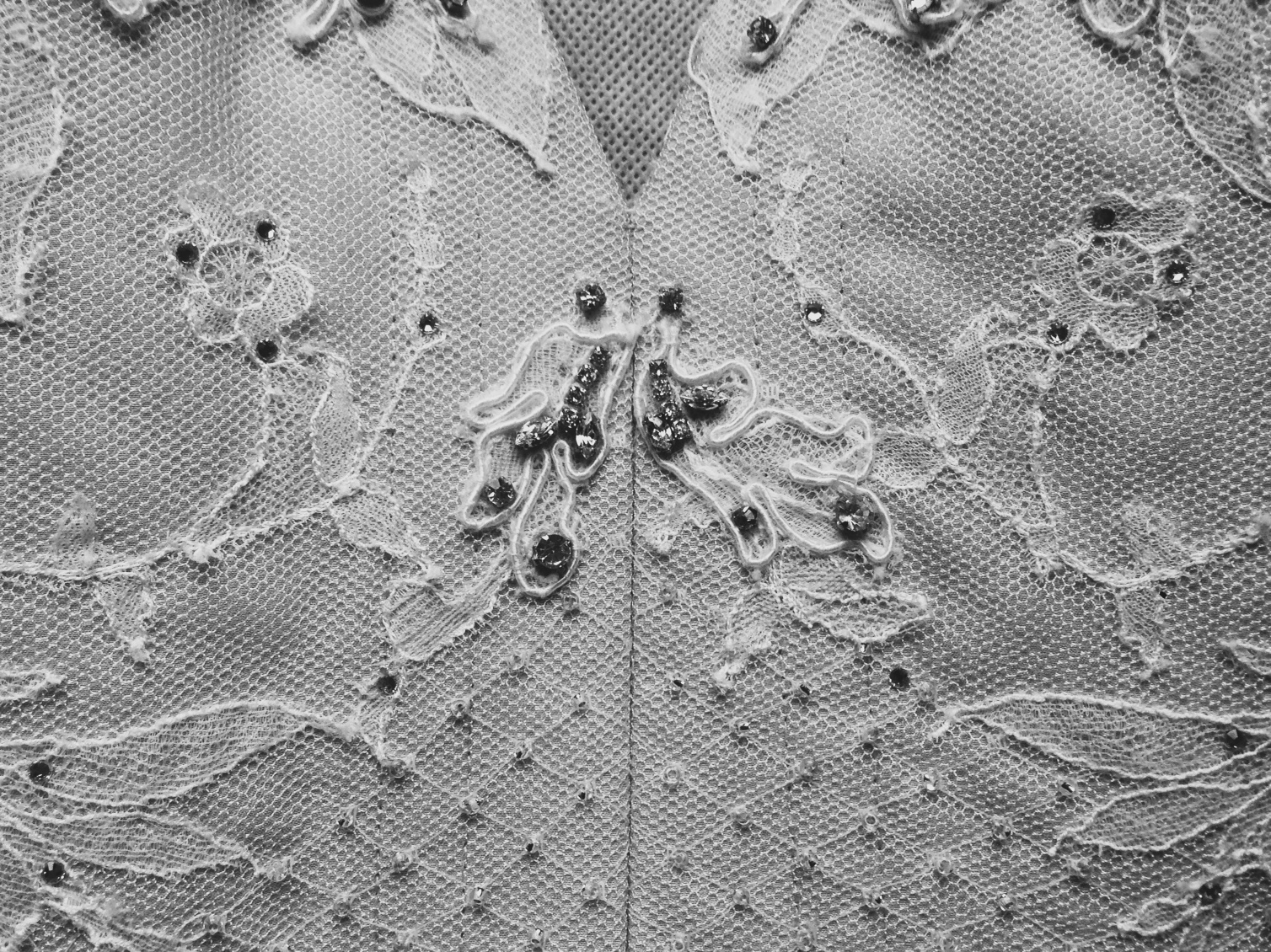 It’s like a wedding-dress-version of the game where you guess what an object is based on an extreme close-up.

I’ve basically turned into a psycho this week. It was as if when the clock struck “May,” my sanity flew out the window. After a pretty impressive stretch of non-crying, I’ve formed the nasty habit of either weeping- for that is the only appropriate way to describe what exactly it is I’m doing- or totally flying off the handle in a rage when something goes a tiny bit wrong. I wouldn’t be surprised if Nick cancelled his return flight home (he’s just spent a week and a half on the West Coast working and bachelor-party-ing it up).

We’re getting married next month. That’s a much scarier sentence than any of the other ones I’ve had to say up until this point. It’s at the point where it’s getting really real, but there’s still a tremendous amount to do and figure out- hence the absence of anything resembling content on this blog for the past several weeks. My groom has also been traveling quite a bit in the past two months, so the progress we’ve made has been slow and fractured. So I’ve been throwing myself a little pity party the past couple days. Guest list: me. Oh, and the sugar ants that were coming in through our unbelievably shitty kitchen window yesterday. Party snacks: honey and boric acid slurries (I tried corn syrup and boric acid first but these ants are such Brooklyn assholes that they rejected the corn syrup. Gentrification is real).

But on to happier things.

For all intents and purposes, my dress is done- or as done as it will be until probably two weeks before the wedding, when I do a “final fitting,” the way real people do. I’ve saved a couple little things- like slip-stitching the lining to the zipper and adding a hook and eye for that point, because those are the little things that are quick to do, but real pains-in-the-a$$  to undo. The dress is hanging across from me in its dress bag as we speak. I need to get a cool hanger for it; it’s currently suspended from one crafted of the crappiest pink plastic. At the very least, I need one that’s not in constant peril of snapping and sending my hours and hours of painstaking sewing to rest in a crumpled ball at the bottom of a garment bag.

Of course, now that it’s finished, I’m sitting here thinking: should I have gone with a different silhouette? Color? Neckline? And yes, I’m well aware it’s crazy talk. It ended up being a bit of a kitchen-sink dress anyway; it’s got lace. Sparkles. Petals. Buttons. Ribbon. Basically all the girliest frou-frou s*** you can imagine. And it’s my wedding dress. At the very least, it has a lot of fodder for my future kids to use in their future wedding looks- assuming weddings are still a thing in 30 to 40 years and we’re not all living virtual lives in our nutrition pods, a la the Matrix.

Speaking of dystopian futures, I also got my hair accessory back from the 3D printing factory Shapeways- looks awesome. All I have left to do on that is pop some stones into the setting. Once that’s complete, I’ll be completely ready- sartorially, at least- to walk down the aisle.