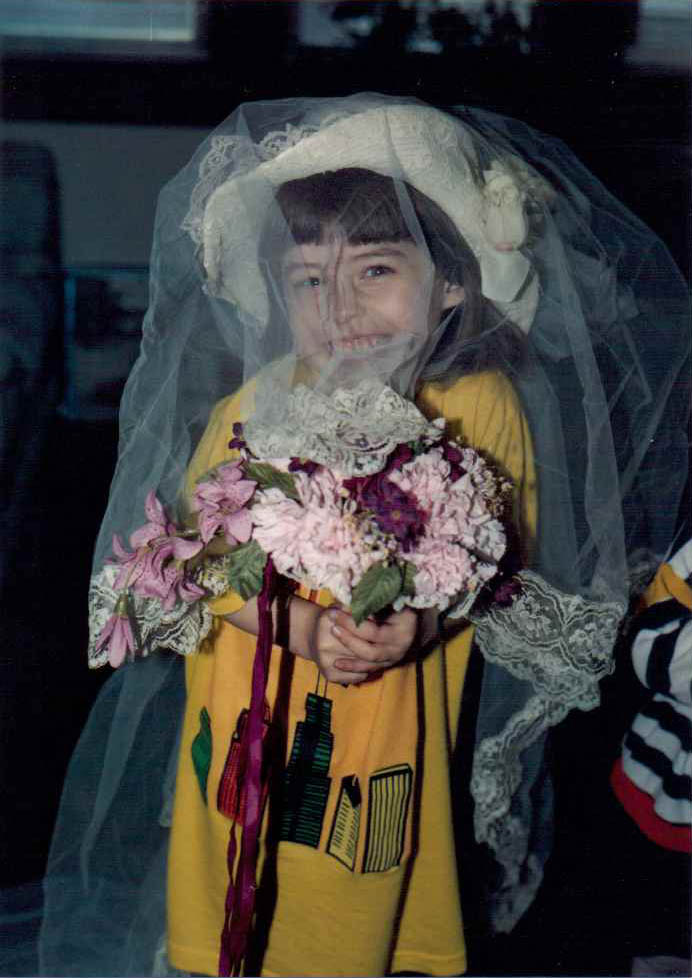 There are a couple questions people ask to suss you out when they find out you’re getting married. The first, somewhat loaded, question is usually, “Are you changing your name?” A pretty close second, though, is, “Are you wearing a veil?”

It’s an innocent question on its face, sure. But the decision to wear a veil or not is an increasingly fraught issue-when I tell people that, yes, I’ll have a veil, there’s always a hint of surprise- a certain raise of the eyebrow or a “really?” Out of my friends and acquaintances of my generation that have gotten married, I’d estimate that perhaps around 25%- maybe fewer-  have worn veils. Yes, there was SOMETHING on the head in nearly100% of the cases- flowers, a birdcage veil, a jeweled do-dad- but real, full-blown veils? Not as much.

Many women feel a little uncomfortable with some of the conventional symbolism that goes with the veil. There’s certainly an ick factor if you see veils as a sign of chastity and virginity- and it’s only amplified by the the lifting the veil from the bride’s face by either her father or her groom. That weirds me out, too. But guess what? Half the stuff we do-say-eat-wear has a dubious origin. We’re humans, and as a group we’ve done some exceptionally wacky things. Weddings are particularly chock-full of weird s***. The best man was a title that referred to a man’s swordsmanship ability. The groom used to need a badass warrior at his side to fight off attackers or to chase after a runaway bride. The bouquet toss started as a means of diversion to prevent guests from ripping off parts of the bride’s dress for good luck. There was way too much worrying about evil spirits. You get the idea- weddings were cray. And yes, if you think really hard about it, veils are weird, whether they were meant to symbolize the bride’s purity, protect her from the evil eye, or hide her busted face from her prospective groom.

But, like I discussed in the ring post, objects only have the power we give them. For me, the veil symbolizes absolutely nothing besides being f***ing glamorous. So I’ll wear one. I certainly hope no one will worry that our wedding was arranged and that the veil is an attempt to hide my appearance from Nick. As for the spirits- well, we are getting married in an abandoned factory, so I’ll take any ghost-bouncing protection I can.

But ultimately, it’s a piece of fabric. I like the way it looks. That’s it.

Next time- how to make a drop veil in 45 minutes or less.