Licensed to Wed: How to Get a Marriage License in New York 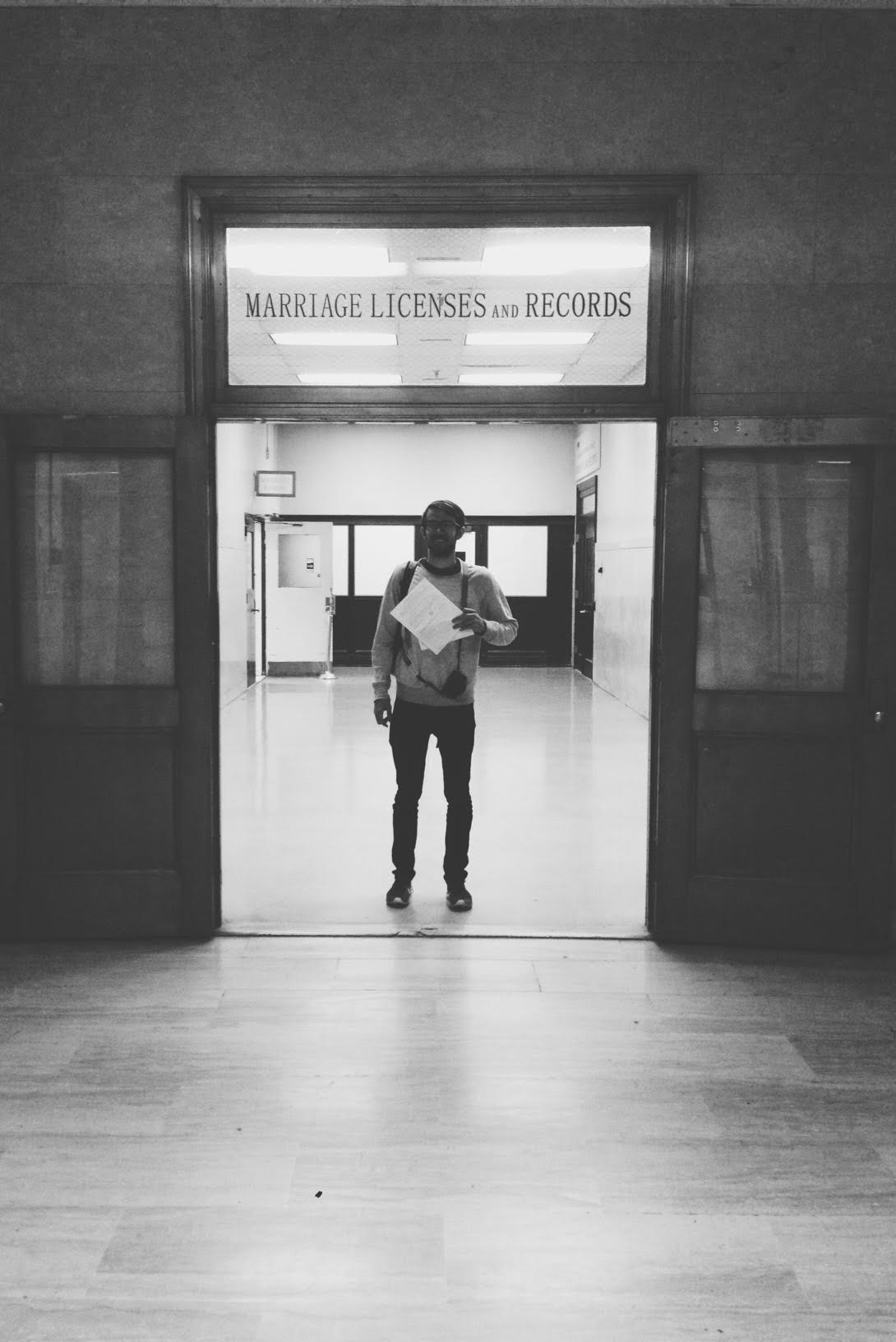 It’s an odd thing, being this close to the wedding. I simultaneously would like to stop time AND fast forward two or three weeks into the future. Somehow, it is still next to impossible to imagine this wedding ACTUALLY happening- so many moving parts still to figure out and assemble.

But yesterday, we managed to check off from the list one of the absolutely key ingredients to any successful wedding- the obtaining of the marriage license. You might argue that this is the ONLY key ingredient, besides two willing to-be-spouses and an officiant.

Based purely on wedding TV shows, I always imagined that getting a marriage license was a real to-do, involving blood tests and birth certificates and mad dashes to the county clerk to pick it up before they office closes the day before the wedding. It almost seemed to be a requirement that at least one of the spouses had to lose their SS card enroute to ensure the obligatory public screaming match.

Yeah, not the case at all, I found out. At least in New York, no blood tests are required, and only one form of ID is needed (passport or driver’s license will suffice). You can do 75% of it online and then just simply go to the office and finish it up in person. Easy peasy.

You can get all the nitty gritty details here, but here’s my simplified step-by-step on how to get yourself some legal marriage docs in NYC:

Now, if I ran the Marriage Bureau, I would make a couple changes. First, I’d repaint the room and install some chandeliers- just something for a little glamour and sophistication. I’d make the employees dress like wedding guests every day. Every couple applying for a license or getting married would get a slice of cake as they were leaving. I’d put a little music on- nothing crazy, just something playing in the background. Basically, I’d just make the whole thing a little more celebratory. It’s probably the only municipal office where the individuals waiting in line are actually HAPPY to be there.

See? He’s so happy and excited that he can’t stay still for 1 goddamn second.

*This is obviously not true