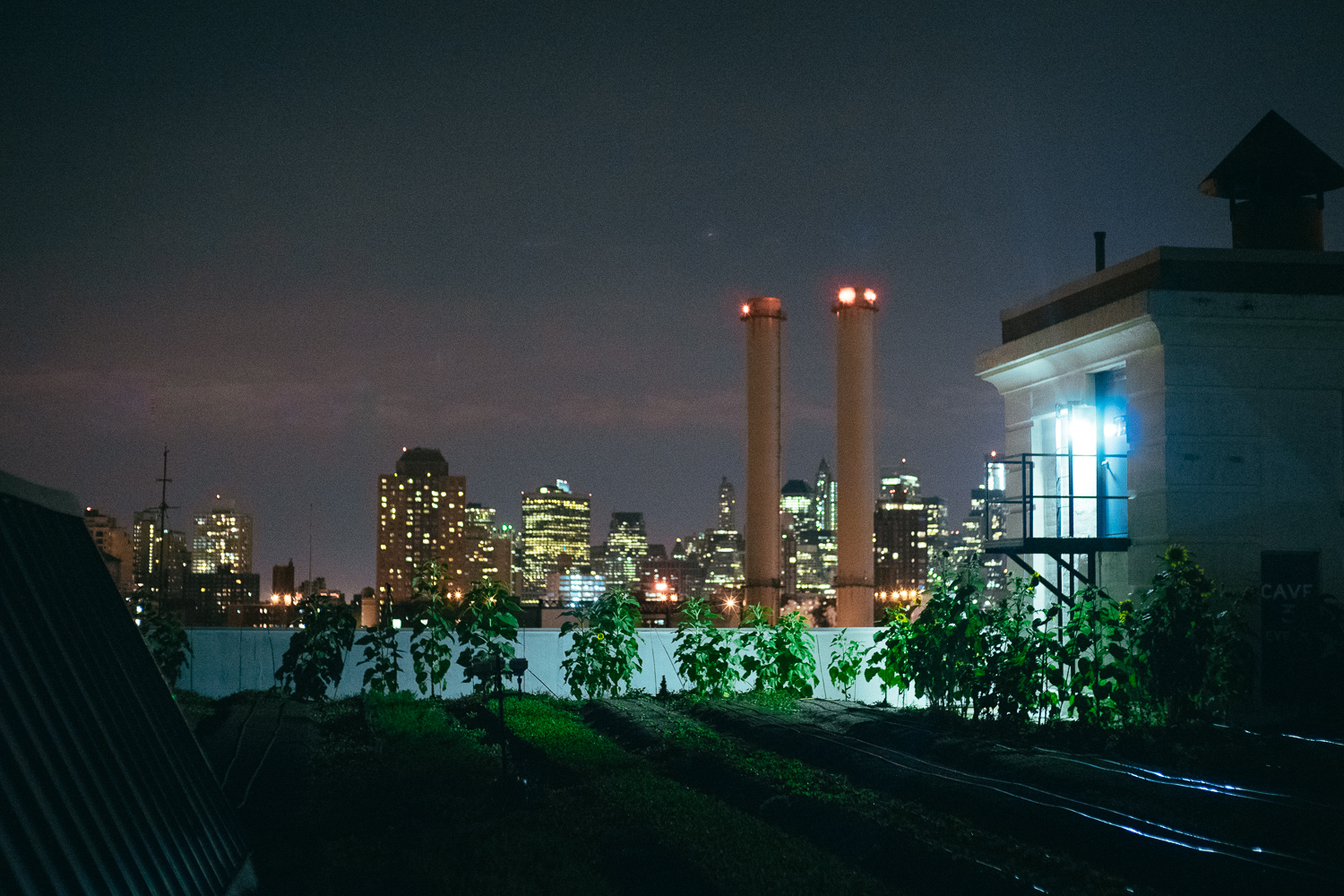 This past Friday, Nick and I attended the inaugural event in a benefit concert series at the Brooklyn Grange, a commercial rooftop farm in the Brooklyn Navy Yard. It was called “Turnip the Beet” (GET IT??? it’s about farms AND music) and featured a most enjoyable performance by Noble Kids, which happens to be fronted by one of the esteemed Social Bicycles gentlemen.

I’ve seen a lot of attempts at urban farming during our 8-year tenure in Brooklyn- mostly they are piles of dirt surrounded by chain-link fences, with perhaps a couple small and frequently pillaged tomato plants and some kale. So that’s what I expected from Brooklyn Grange- but just on a roof.

UM NOPE. As soon as we climbed the stairs to the roof, I actually gasped. Turns out, it’s an absurdly magical place, with 65,000 square feet of sunflowers and neatly planted rows of crops. Oh, and panoramic views of the Manhattan skyline and the surrounding neighborhoods of Clinton Hill and Fort Greene. No biggie. A long, tented paved section was strung with twinkle lights. A band was playing. Lots of 20-something hipsters compared Warby Parker glasses over their cans of Six-Point. 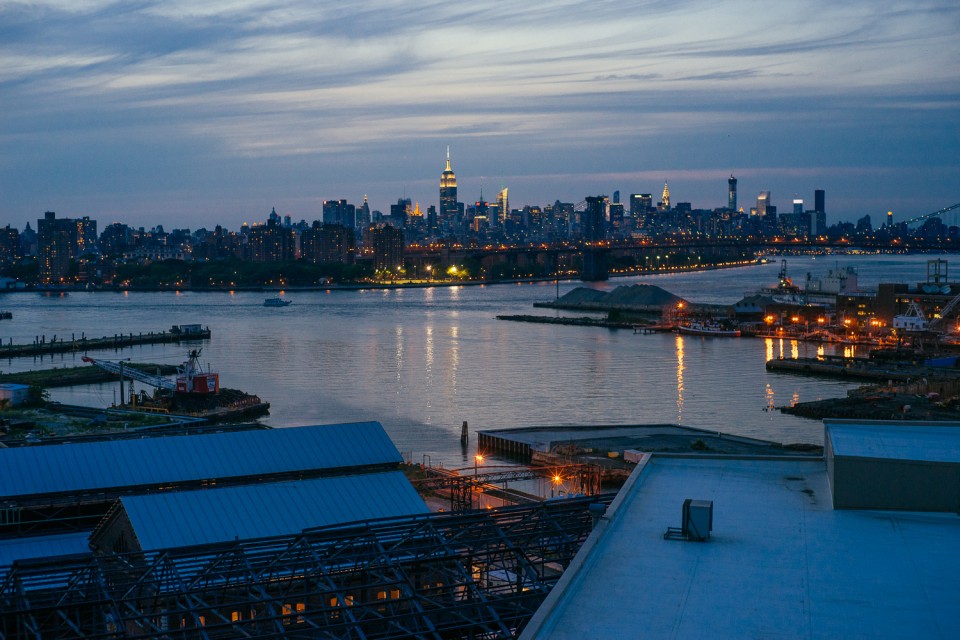 Not surprisingly, the wedding goggles went on immediately. The suprisingly un-terrible weather and the twinkle lights were NOT helping as I began conjuring floor plans for our reception. Now, this was more unproductive than my usual obsessive fantasy life, especially since we had made a trip to our venue earlier in the week and finally paid the deposit and signed on the dotted line, thus replacing our gentleman’s agreement with something legally binding. On Tuesday, I was giddy with excitement over our plans, but now the views of Manhattan had me pining for a city wedding. So I started looking for reasons to hate Brooklyn Grange.

“The sunflowers are too tall.” “The tent is too white.” “The lavender is too fragrant.”

I had forgotten my phone at home, otherwise I would have immediately been google-sleuthing the s*** out of the Grange while we were there. But once I got home, I found that, like everything in New York that’s beautiful and special, you have to be prepared to sell a kidney to pay for a wedding at Brooklyn Grange. The NY Mag wedding guide very unhelpfully listed the rates as $2,500 to $10,000. I guess for rich people, $2,500 and $10,000 are essentially the same, but for us peasants, that runs the gamut from “yes, please” to “forget about it.” A little further research yielding the following information:

The $2,500 end of the scale is for like, a 2 minute ceremony for fewer than 75 guests. It includes some load-in and load-out, but you only can be in the space for an hour. And you can’t have any food. The $10,000 end of the scale is for a Saturday wedding for between 75-150 people, for a 5-hour period. It includes the tent and security (mostly to prevent people from picking the crops, I can only guess), but that’s it. That $10,000 gets you in the door. 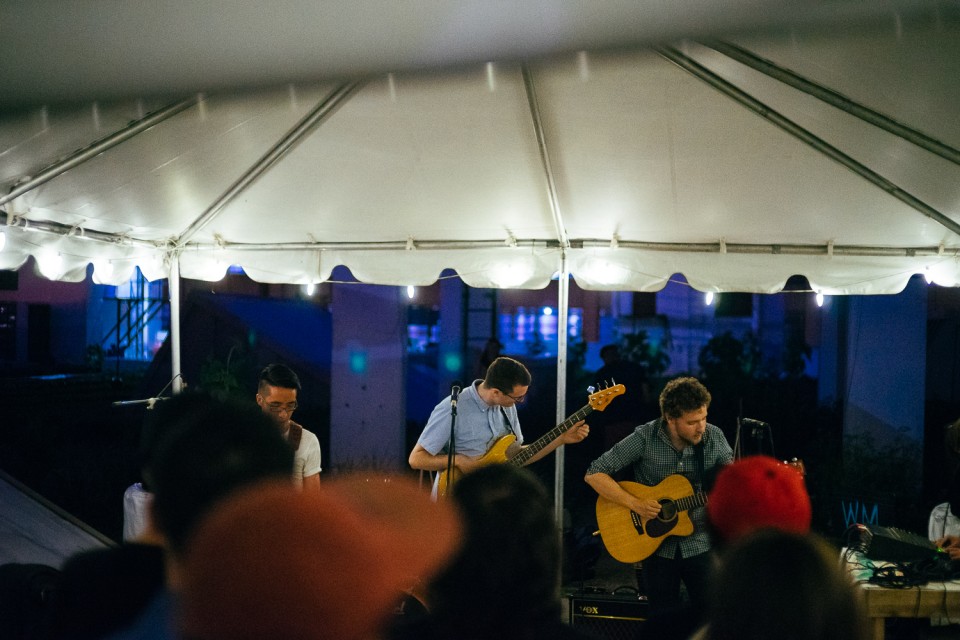 Tent is included, band is not.

“No problem!” you’re saying. “I’ll get 2-buck chuck from Trader Joe’s and serve Everything bagels with vegetable cream cheese from Bergen for $3/head.”

Nope. They have a preferred list of vendors, like Robertas and Pig and Fig. They also will allow other vendors, pending Brooklyn Grange approval + an extra $500 fee. Now, their list of preferred vendors reads like a “Best of Fancy Hip New York Catering” list, but that dry-aged Wagyu carpaccio is going to cost you your OTHER kidney, so I hope you have a secret-stem cell lab where you’ve been working on regenerating your organs.

Now, I haven’t quite gotten my bio-scaffolds quite right yet, so all this actually made me feel a LOT better. Brooklyn Grange wouldn’t have been a remote possibility for us, even if I had known about it 4 months ago. So, like our photography episode, I ended up just feeling better about the decision that we DID make, rather than bemoaning our luck or timing.

I still maintain that Brooklyn Grange is a sick event space and that it’s PERFECT for Someone Else’s wedding, as long as that Someone Else is the King of Money. Maybe next time we go, I’ll wear all white and play a bit of pretend- but we’re sticking with our original plan, and I’m pretty happy about that. 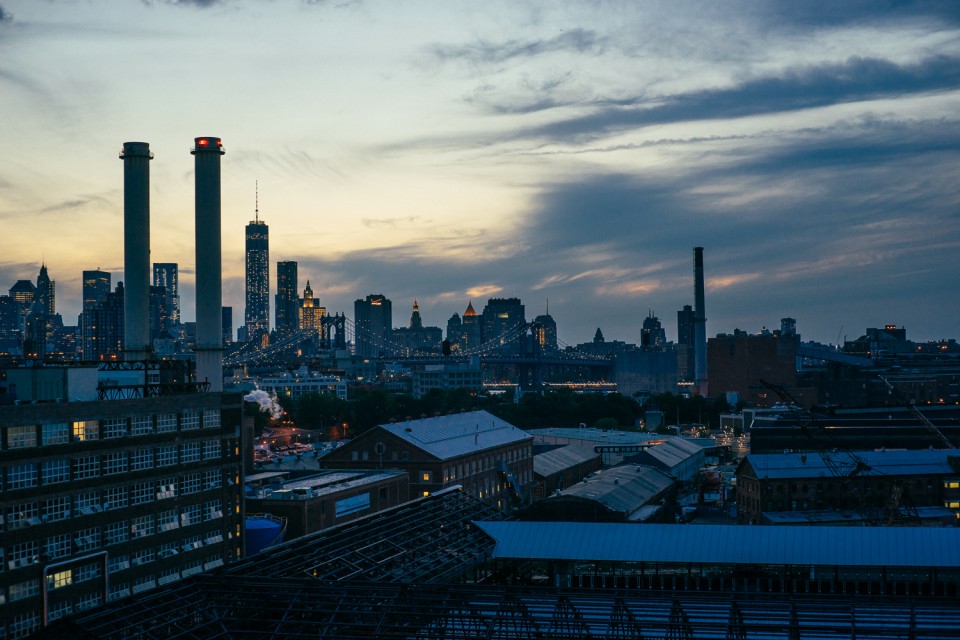 *** We very dumbly did not take any pictures of the actual farm during the day- so PLEASE go to the Brooklyn Grange Instagram to check out some little snaps of this gorgeous place.