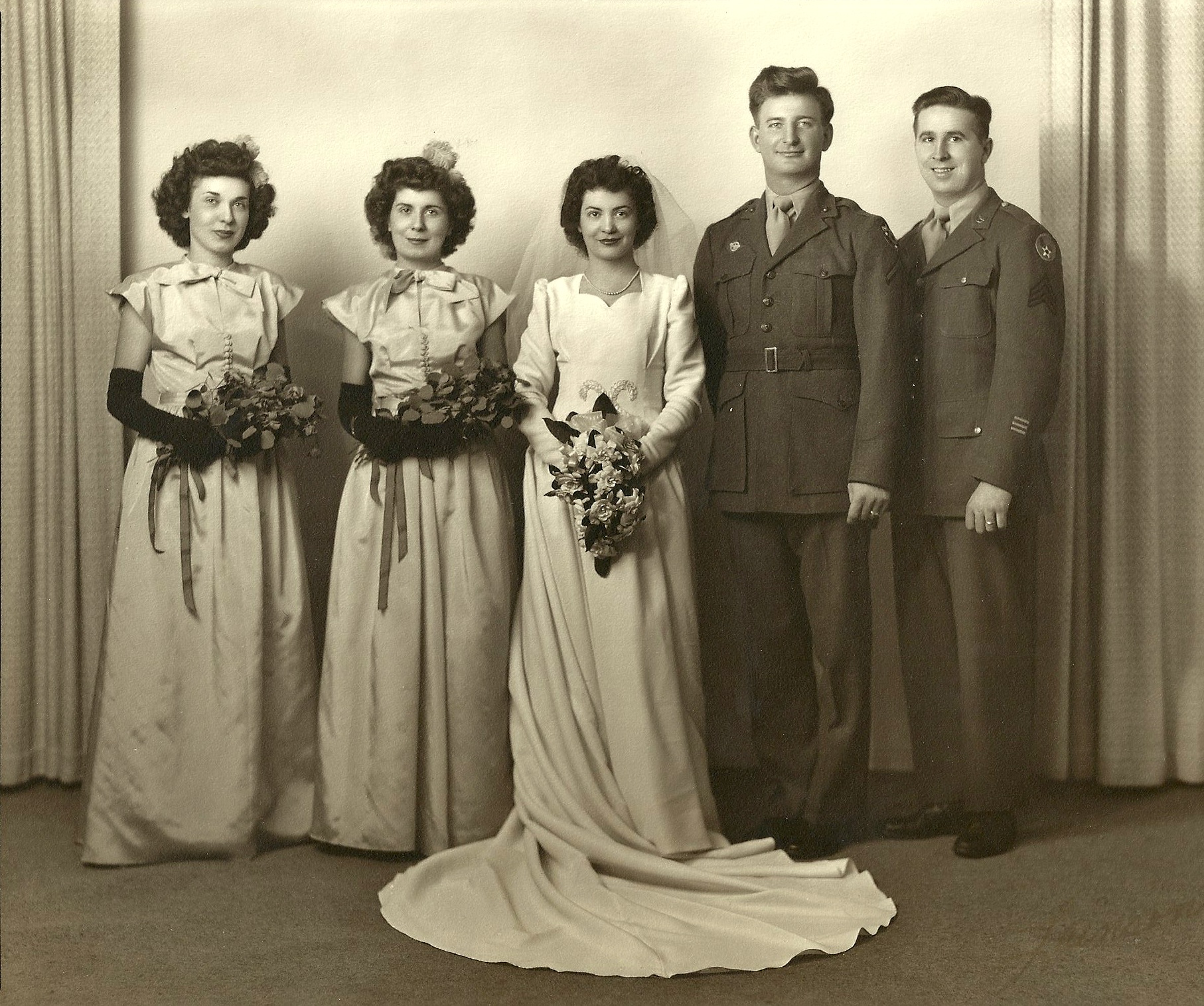 My paternal grandmother, Florence, died when I was a toddler, so most of my knowledge of her is from photographs and anecdotes. One thing is indisputable- she was a total babe and an overall fly lady. I believe she and her sister Alice pioneered the “OOTD” trend way back in the late ’30s. My evidence is a number of videos and photos of them walking down stairs, sashaying down the streets of Milwaukee and Chicago, and generally working it- all for the sole purpose of showing off their outfits. 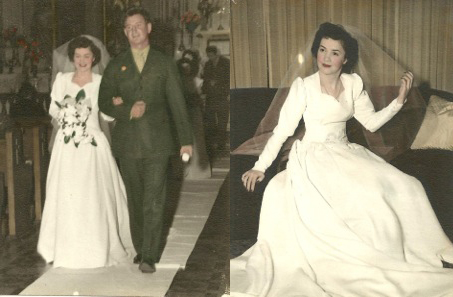 So it’s no surprise that when she married my grandpa Eddie in 1945 (no slouch in the fox department himself), she rocked it, post-war style. Her faille dress, with its sequin waist detail, back full of covered buttons, and long train, was the perfect embodiment of the tailored 1940s aesthetic. Until a couple summers ago, this dress was lost in my grandfather’s house. After Grandpa Babe’s death, my parents found it in the attic, and now it lives at my parent’s place, in its original box from the department store. 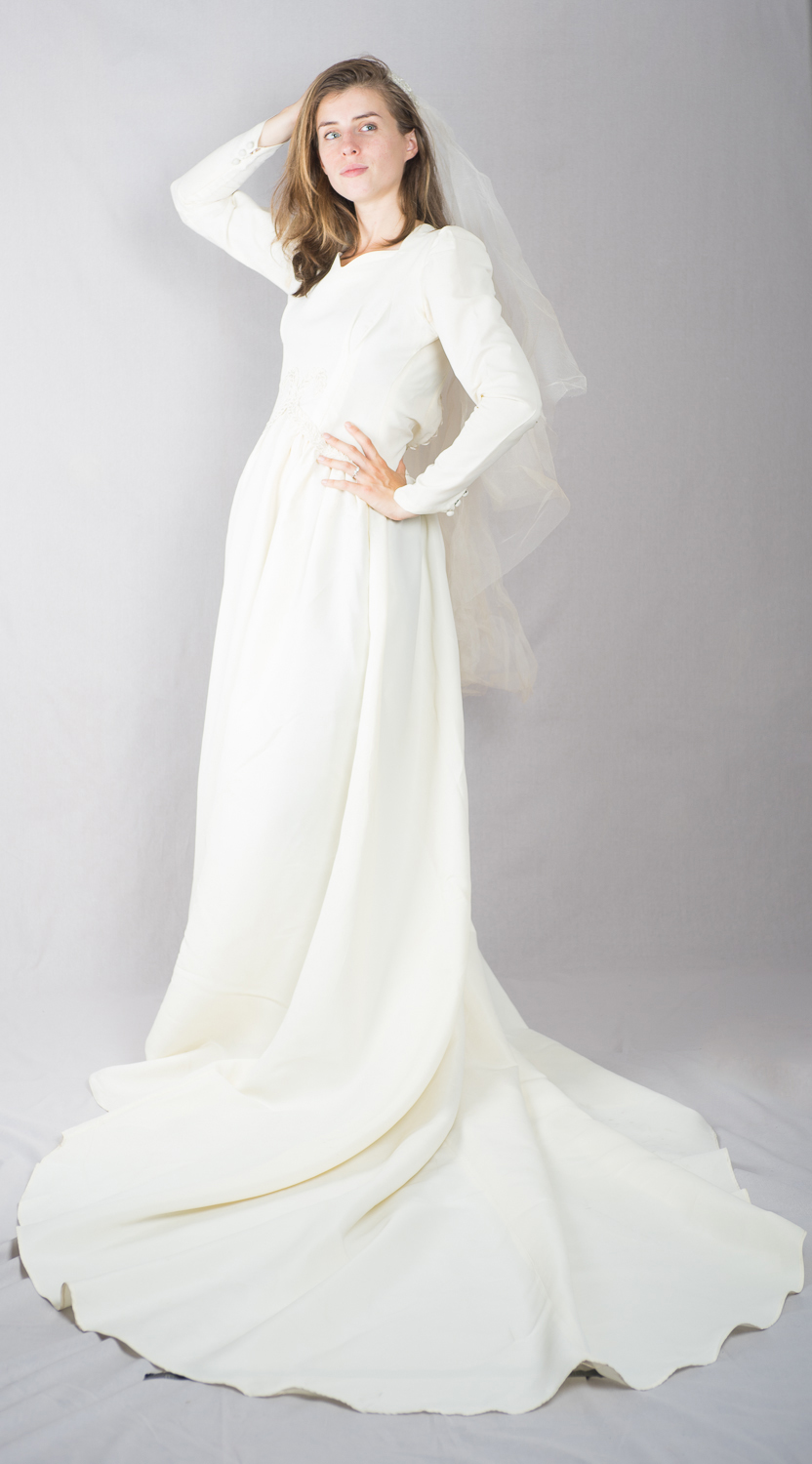 Since a girl is never too old for dress up, I popped it on last week. It’s WAY short and several inches from closing in the back, but it was pretty cool to be wearing a dress that was first worn nearly 70 years ago, when Florence and Eddie were about our ages. 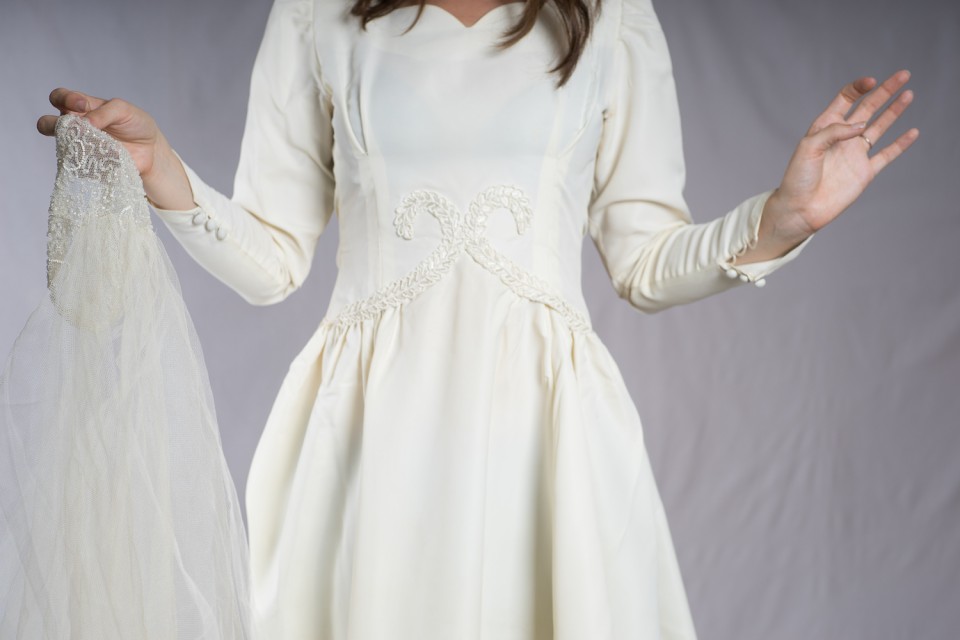 70 years! And although it clearly doesn’t suit me the way it suited Florence, it certainly tugs at my heartstrings. I always imagined my grandfather being present at my wedding, and though that’s not going to be the case, these family keepsakes themselves are so, so precious. It reminds me that this is more than just a big party we’re having on June 27th- it’s a tangible entrance into the fold of a family’s history. I hope that someday, my grandkids or great-grandkids will pull my dress out of the attic of their family home on Mars, put it on, maybe laugh at those crazy styles of 2015, and feel pride and wonder about being a part of this crazy web of humans that found each other across oceans, across countries, across from each other in a jewelry class. 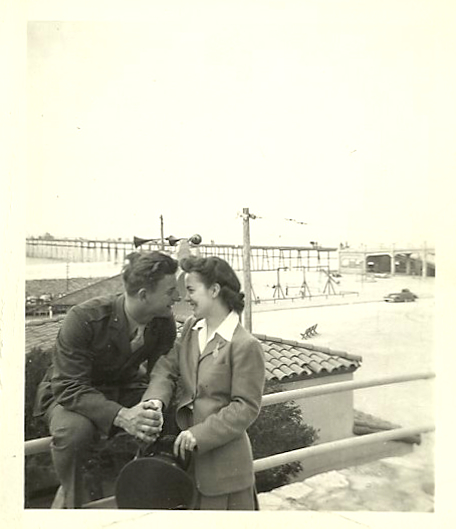