Duct and Cover- the Stirring Conclusion

Only, like, 4 months after I started, I finally finished the duct tape mannequin. Kind of.

See, my original intention was to stuff the mannequin (which I accomplished using balls of brown packing material and scraps of pattern paper), then create a beautifully fitting, impeccable muslin  cover for it, so that it looked like a “real” dress form. So I pulled out my muslin yesterday, considered my options, then went to my dresser and found a too-tight t-shirt. I realized that if I really intended to make this perfectly fitting cover, it might be another couple months before I actually got to USE the form. And with time evaporating, that simply wouldn’t do. 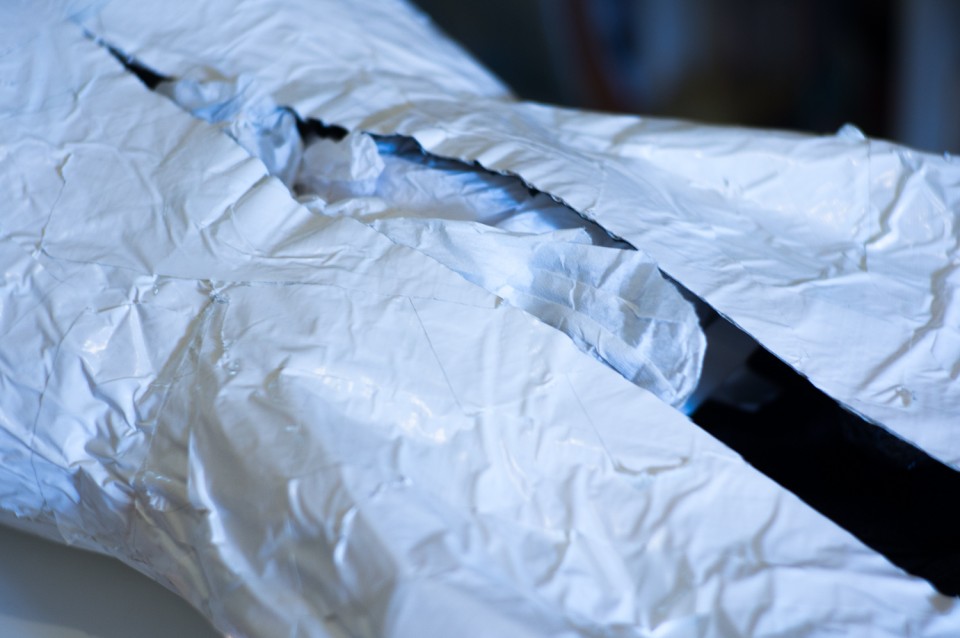 So I slid the shirt onto the form and taped it around the base to keep it stable. I chopped off the sleeves, then handsewed the armholes closed. Because this shirt was so fitted and clingy that I never really felt comfortable wearing it, it really hugged the dressform quite nicely. It was, however, gapping slightly at the small of the back, so I cut a slit down center back and fashioned another seam (too terrible to be called a dart, but that’s kind of what it was) to scoop out the excess fabric. It’s not the most elegant solution- but all I needed was something to which I could pin fabric. It works. I added center front, center back, and natural waist markers in light gray grosgrain, and basted them with a big running stitch.

My original plan also included some sort of stand. Ain’t nobody got time for that, so I used the stand from my Singer form. I then cut a slit in the crotch of the form and basically just jammed the form down onto the pole, trying to help it find a natural balance and a space for the pole to sit amidst the paper stuffing. This would seem to work momentarily- then the form would make a sudden swooping movement and fall into my bookshelf (probably shouldn’t have been doing this directly next to the shelf that holds my Depression glass and the pottery Nick brought back from China). The problem was pretty easily solved, though- I simply wrapped duct tape around one of the form’s legs and attached it to the pole. It makes the form a little off-center, but at least it’s not falling down anymore.

Guys, this is so ghetto-rigged. And despite my admonishments regarding silver duct tape…. well, it was all we had on hand. And I’m a little impatient.

So, I present to you- the slightly (ok, a LOT)  janky dressform that now is the bearer of all my wedding fashion dreams. It’s not the most beautiful, but I think it will get the job done. 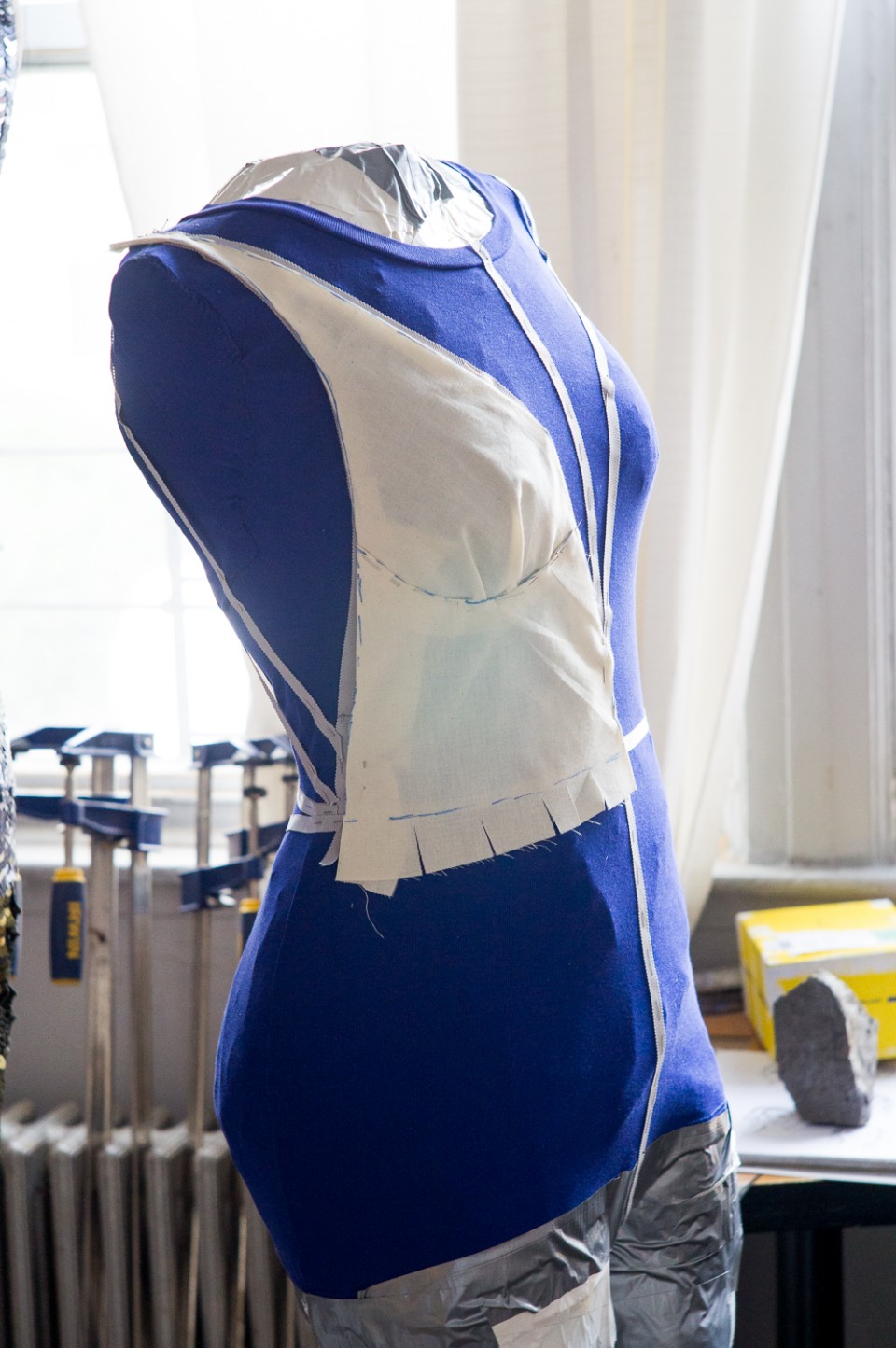