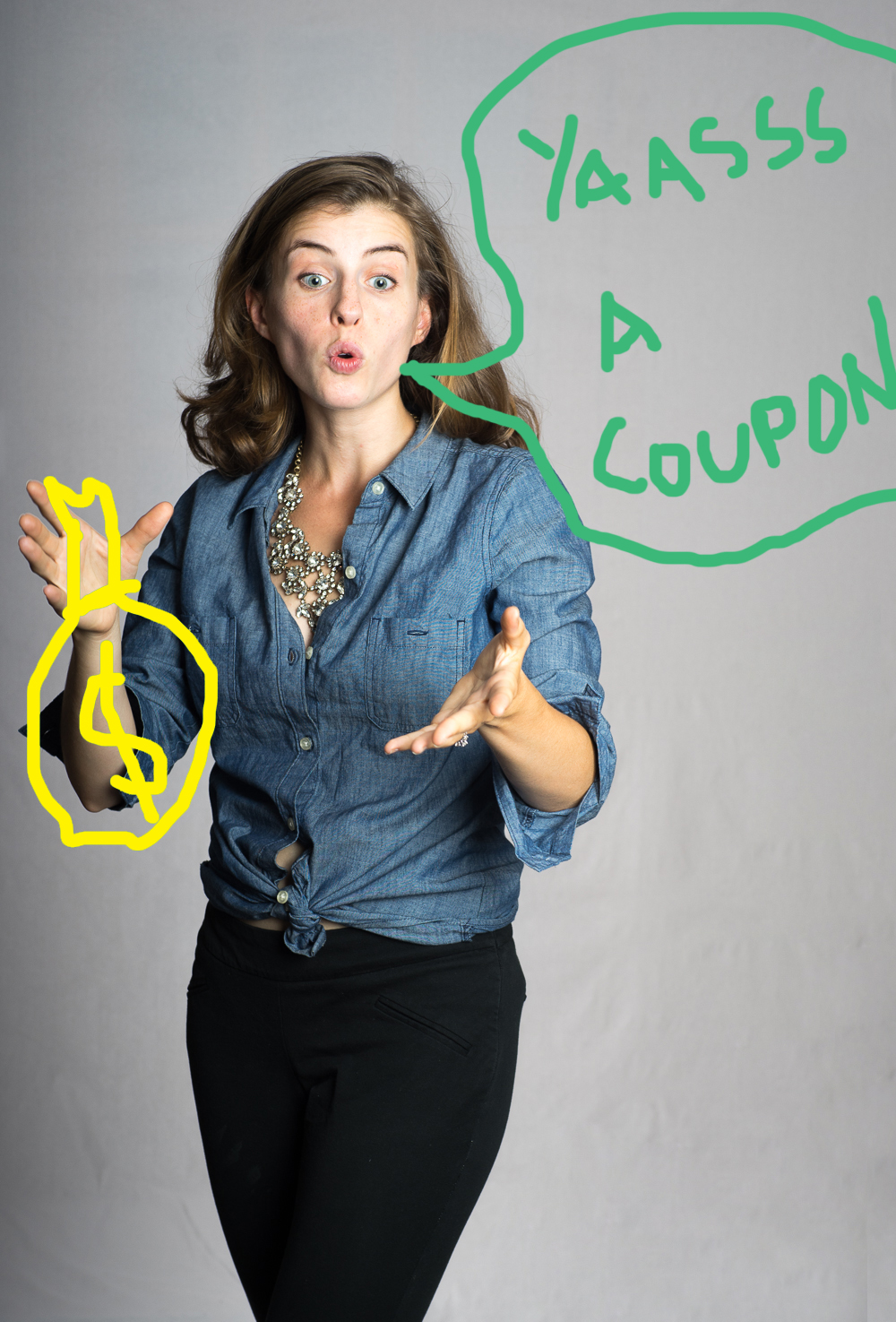 I wouldn’t say I’m GOOD with money, but I’m also not BAD at it. I make some money, I spend some money, I save some money (ummm…. sure). But the little details of finance don’t enthrall me the way they do people who are legit skilled with the ol’ piggy bank. My 401K is collecting more dust than interest, a fact which will surely someday cause me to be crying into my gruel at the pauper’s retirement home, but I’m 26 and I’m going to live forever so it doesn’t matter.

But lately, I’ve been killing it with deals for stuff for the wedding. I’m giving off some distinct financier vibes as a result, I think- like, I only wear business suits and pantyhose now and I talk really loudly about money on the phone in public places. This is what the Wolf of Wall Street probably felt like.

Before Christmas, I was particularly proud of myself for procuring my linens and flatware for LESS than it would have cost to rent.  Renting stuff for weddings is a no brainer- no normal person has 100+ sets of flatware laying around, or a bunch of giant tables. But BECAUSE this is a given, rental companies kind of have you over a barrel and can charge whatever they want for basic stuff.

Case in point: linens are just stupid expensive. In our area, to RENT the most basic 90″ x 156″ tablecloth- just a couple yards of crappy fabric- for a single day will run you approximately $25. For something you have to give back. No thanks. And any upgrades will cost you your first born- you might want to take this opportunity to strike all those sequin linens from your Pinterest boards, because they ain’t happening.

So I started weighing my options- I could rent, I could buy, or I could make. Not wanting to add another DIY project to the list, buying emerged as the champ. I found Linen Tablecloths (something of a misnomer, because they don’t seem to have any linen on the site). There, I found gray tablecloths for less than it costs to rent.

So the 90×156″ tableclothes are $16.59. Stupid cheap. Are they the nicest in the world? No, of course not. But they come in nice colors and the fabric doesn’t have that horrible poly sheen that can sometimes accompany linens of a similar price point. I put them on my “to-do” list, but didn’t check back until Thanksgiving weekend. Unfortunately, the 90×156″ gray versions were sold out. BUT- the 90×132″ version was FIFTY PERCENT OFF. $7.09 each.  Actually, nearly everything else on the site was 50% off as well- so along with 15 tableclothes, I got a bazillion white napkins. Score.

The grand total was $156. The exact same items would have cost me about $420 to rent, and that’s before any delivery fees. So I saved some not-insignificant scratch. Plus, now I have 15 giant tablecloths, so I can either build the world’s most epic fort or pull a Scarlet O’Hara.

Add that to the IKEA champagne glass triumph of November 2014, a 10% coupon for vintage-styled lightbulbs, a post-Christmas sale at West Elm, and a very lucky sale at Bloomingdales that got me 144 sets of very cool weird flatware for about $100, and I’m almost ready to open my OWN rental company. Feel free to contact me if you or a friend would like to borrow any linens!